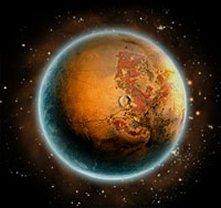 Sigil Of Time - Freeze and manipulate time in order to force your way through rips in reality. Use it wisely, for it is a power that can overcome great challenges when seeking the light... or chaos.

Greetings To Fairlight - Secret: Fairlight is an old group with a lot of members from all over Europe. They've managed to be on top for the past 20 years. Their fresh demo selection has won many different awards for the hi-end machines and also for old-school ones including scene.org award in 4kb, 64kb and demo category.

Greetings To Sunflower - Secret: Sunflower is an old group that brought new trends to the demoscene in the beginning of accelerated era. Their demos seem to not suffer from time. This is due to their abstract style and very sophisticated music. The group was formed from very experienced sceners and project "Sunflower" survived for only two years (1999-2001). We all hope that they will make a massive comeback.

Greetings To Still - Secret: Still is a relatively new group formed by ex-members of Bauknecht, lkcc and "Haujobb". Their first productions were released in 2007 but have already received interest and critical acclaim within the demoscene.

Greetings To Farbrausch - Secret: Farbrausch is a demogroup famous for using procedural techniques for creating textures, scenes, and animations in their productions. "Werkzeug" which is their demotool, successfully started a new era of tools, separating coders from artists, thus speeding up production process. Together with "Werkzeug" came V2, a high-quality software synthesizer that was already adopted by other groups respecting its values. Farbrausch is mostly known for "Candytron", "The produkkt", "The Popular Demo" and recently released "Debris"

Greetings To The Black Lotus - Secret: The Black Lotus is an old Amiga group with a very distinctive, monumental style, influencing other groups including Plastic. They've managed to beat 2 Ghz computers with a classic 66 Mhz Amiga and a demo called "Starstruck"

Greetings To Conspiracy - Secret: Conspiracy is a Hungarian group that specializes in creating 64-kilobyte intros. As the first group in demoscene history, they've managed to show their real-time production "Chaos Theory" together with other offline, pre-processed animations at SIGGRAPH 2007. This intro has also received a scene.org award

Greetings To RGBA - Secret: RGBA is a Spanish group known mostly for their 64-kilobyte and their recent 4-kilobyte productions. They are also well known for breaking the mold in 4-kilobyte graphics. Plastic is especially dedicated to sending their greetings to RGBA for their remake of "195/95" demo

Greetings To MFX - Secret: Mfx demos are known for their distinctive, mostly experimental style, focusing on building a specific dark atmosphere. Even if they prefer the form over content, their demos often visualize a concept or short story. Mfx members can be found also in different groups like Kewlers or Synesthetics. Mfx has been awarded with many awards including the scene.org award for Most Original Concept in a Demo called "The Ballet Dancer"

Greetings To Andromeda Software Development - Secret: Andromeda Software Development is a demogroup with an extremely distinctive style. Their demos featured dynamic coherent flows of abstract visual elements subtly blending into each other in various and unexpected ways. They have won many demoscene awards including Best Demo of the Year 2007 for "Lifeforce" and Best Demo of 2005 for "Planet Risk"

Greetings To Madwizards - Secret: Madwizards is an old group originating out of Poland best known for their accelerated Amiga productions. They've managed to invent their own abstract style while mixing real-time effects together with still post-processed photography. In their most recent production "Senzala", they went back to the roots developing on classic Amiga

Sigil Of Motion - Make the world tremble and the heavens shatter from within the shadows. The power to manipulate your environment has been unveiled and will prove essential in your struggles with nature

Sigil Of Chaos - Chaos inhabits every fiber of the universe. Unleashing this power has obliterated the obstacles before you and will release you into nature

Sigil Of Nature - The force of nature has brought odd life to an even more unusual environment. Remember what you have learned here and it may be useful to you in the future

Sigil Of Creation - Eyes are the black holes of creatures, vast depths of darkness, but at the center you will find that creation exists everywhere, even when it is nowhere. All that is left is to unleash the light from within the shadow

Sigil Of Light - It is foretold that revealing all 6 sigils will bring about light, and thus the sigils have been uncovered and light has been wrought from the shadow. Use all you have gained and search outside your vision for secrets within the world

Re: Trofeos de Linger of Shadows 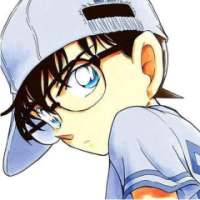